You are here: Home Arsenal Academy

Ernesto Valverde has returned to Athletic Bilbao for a 3rd spell as head coach.Valverde, 58, has been out of labor since he was sacked by Barcelona in January 2020.He was appointed by Athletic six days after new president Jon Uriarte was elected, who had pledged to deliver Valverde again to the membership for his third spell in cost.Another candidate for Athletic’s presidency, Inaki Arechabaleta, had promised to deliver again Argentine coach Marcelo Bielsa for a second stint at San Mames.However, Uriarte, who introduced himself because the candidate of change, gained the presidency with 46.7 per cent of the vote, in comparison with 33.7 per cent for Arechabaleta, and 18.1 per cent for Ricardo Barkala.More right here.

20yo completes free transfer from Arsenal to Spain

Gunners to move for £60m-rated winger 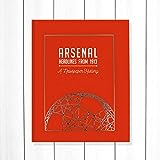